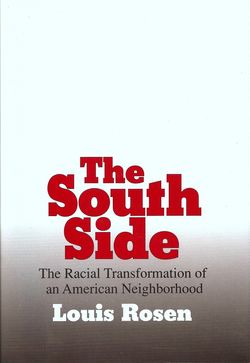 “It deserves to become a classic. Every banker and politician, every school and religious institution in our nation should have a copy. This text needs to be understood and performed as regularly as Thornton Wilder’s ‘Our Town’.... This is more than only a Chicago story.” St. Louis Post-Dispatch

“Rosen offers surprising and fresh insights into old resentments…. He shows the cost of collective fear, the lingering sad hearts of people who for all the wrong reasons gave up what they held dear….” Chicago Sun-Times 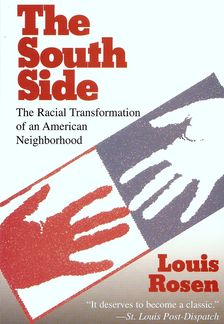 “...a short but powerful book meant in part as catharsis, in part to document a story of social and demographic upheaval…. Rosen’s juxtaposition of the two stories of the two communities vying for one neighborhood is compelling…. As a study of the emotional divide between these two groups...it is superb.”   The Chicago Jewish Star

"Louis Rosen’s family was one of the last white families to leave Calumet Heights …. As an adult, [he] found the old neighborhood unchanged ... He wondered, “Why couldn’t my family still be living here?

"Former and current residents tell their stories in his provocative new book, 'The South Side….' It shows the anguish and loss that lingers in the generations—black and white—hit by racial changes in the late’60s and early ‘70s…." Chicago Sun-Times

“A sensible, enlightening and highly readable narrative of white flight. Louis Rosen is able to reach beyond the rage and recrimination inherent in tipping point statistics while seeking the nuggets of humanity behind the racial myths and fears.” Derrick Bell, author of “Faces at the Bottom of the Well”

Available for purchase at LOUIS' STORE (signed - hardcover only), and at most online sites including amazon.com, GoodReads.com or barnesandnoble.com (and many more). 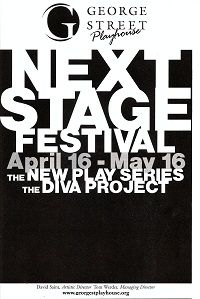 Commissioned as a concert stage reading by 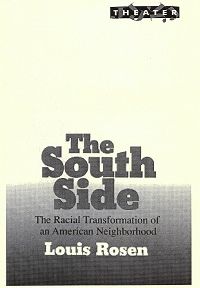 “The play…’The South Side,’ resembles the docu-dramatic work of Anna Devere-Smith….. Like Smith, Rosen transcribed hundreds of hours of tapes...listening to speech idiosyncrasies and cadences of his subjects. His musical background is evident in the orchestrated mix of voices that speak in syncopated rhythms, duets, trios, quartets and choruses throughout his eleven scenes….” Washington Jewish Weekly

READ the reviews and profiles for "THE SOUTH SIDE: THE RACIAL TRANSFORMATION OF AN AMERICAN NEIGHBORHOOD"