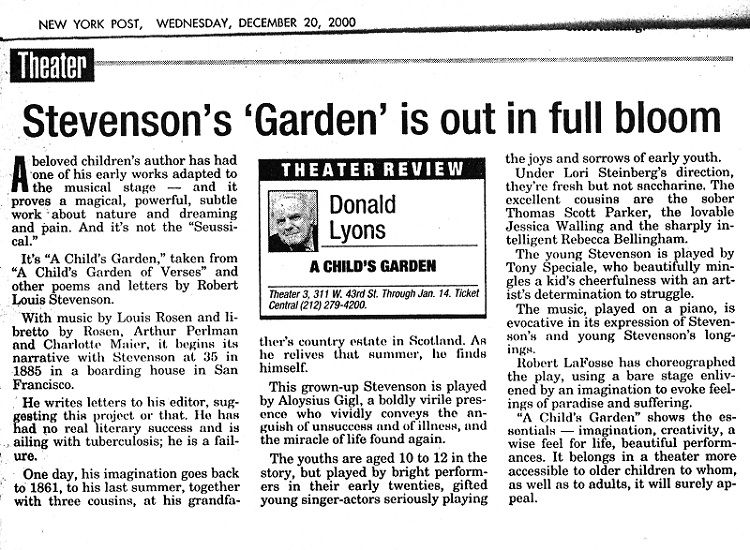 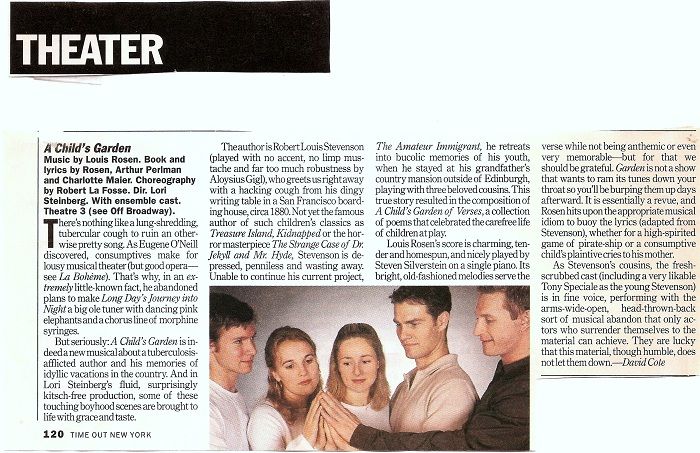 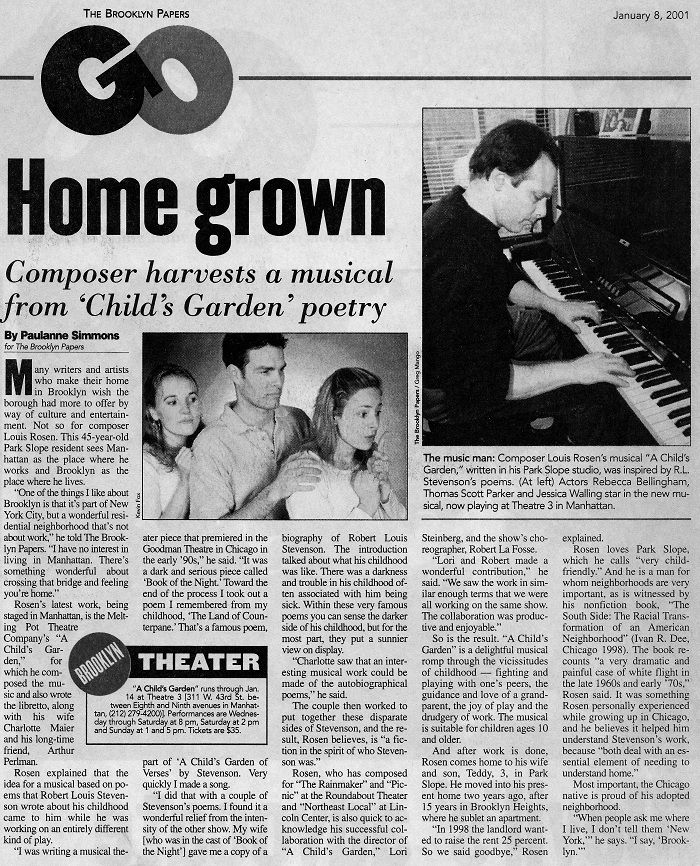 "A musical, small but touching, about Robert Louis Stevenson. He's tuburcular and unable to write in San Francisco, when he gets the idea of writing about his grandfather's country place in Scotland where he grew up." 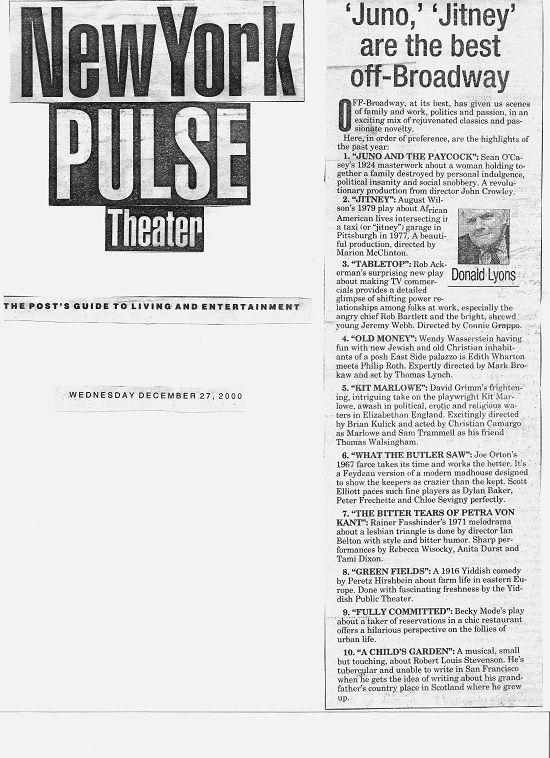