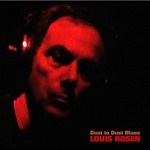 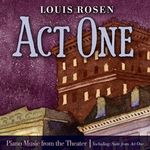 ACT ONE: PIANO MUSIC FROM THE THEATER

CD of the Week is a new feature of The Midnight Special Website. Host Rich Warren: "I select one new CD each week that I find particularly outstanding. If no new release merits that accolade, then we will not post a CD that week. These are recordings I would definitely add to my own collection."

("A made-up category, because there are theater-related CDs and books deserving of mention in any year-end list.)

"CDs: The Broadway cast album of The Band’s Visit has just come out, and it’s gorgeous, a showcase not only for star Katrina Lenk (“Omar Sharif” will be this year’s “You Will Be Found”) but for composer/lyricist David Yazbek… Another recent and beautifully executed album is Anaïs Mitchell’s Hadestown, which started out at New York Theatre Workshop and we hope will come to Broadway. 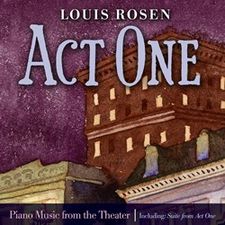 "Louis Rosen is releasing several CDs, including his latest wry song collection, Dust To Dust Blues. Yet the album that has me enchanted is Act One: Piano Music from the Theater, which includes his incidental music from James Lapine’s adaptation of the Moss Hart autobiography and other works. Exquisitely played by several different pianists and intimately recorded, these works taken together have the fleeting, transportive power of études by Chopin or Debussy; I find myself listening to them again and again…"

Louis Rosen: “Seeking the Holiness in the Wilderness…” 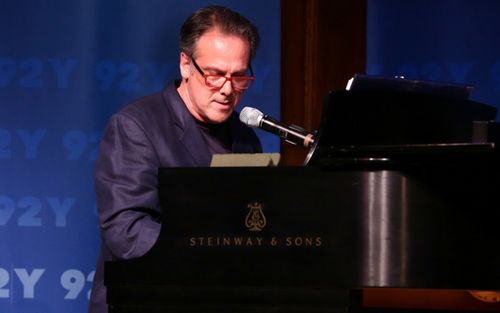 Louis Rosen has, over time, revealed that he is a musician of such an uncommon genius among writers of dramatic narrative music that it may soon be less heretical – even for most avid Gershwin acolytes – to talk of his music in the same breath as they do The Master. And when you consider the epic stories that he can tell, and has told with deep understanding and with such poignancy, he is in the unique position of emulating what both brothers did in his own short but remarkable career.

If Dream Suite (Di-Tone Records, 2016), his music paying homage to Langston Hughes, One Ounce of Truth – The Nikki Giovanni Songs (Di-Tone, 2008) and his other music of this past decade is any indication of the veracity of his work, then he may, indeed, already have ascended that rarefied realm.

Now there is more. These two recordings, Dust to Dust Blues and Act One: Piano Music from the Theater, further solidify his outstanding reputation. Each is a considerable musical achievement and enters the literature of musical art with the fanfare and heraldry that accompanies important musical documents. 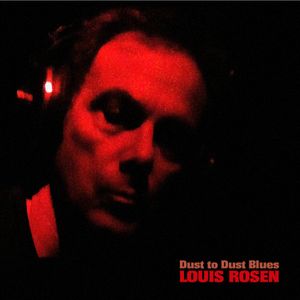 Although this album by Louis Rosen is just notionally a “Blues” album, it does feature a minor key blues – and a rather poignant one at that – in “I’ve Seen This Movie” – and especially “The Left Side, Not The Right”. In form, theme and content they reflect a deep folksy tradition of American song that is sometimes reflected in The Blues as it transitioned from its own folk tradition, as in “the field holler” and “primitive blues,” to the more contemporary “classic blues”. Like almost all song-craft that came after the 19th century, music drew deeply from the African-American music. It could never match the elemental wail of the bluesman, but its themes and stories of the country and the city were, nevertheless, powerful in their own way. Louis Rosen’s music comes from that corner of the country.

Often reminiscent of Woody Guthrie’s high and lonesome sound, the stories in Louis Rosen’s Dust to Dust Blues weave in and out of what seems like an epic ‘coming of age tale’. The songs are written in a style that is wry, sometimes sardonic and melancholic – even bitter – but, in the end, hope, as he sings in “Song for Charlotte” where he tells his lover early on: “…I have less and less, it’s true / But I have more love for you” and “… We will have to struggle through / But we’ll keep some dream in view/Oh, I know/Nothing less than a happy ending is due / And I have more love for you.” This kind of hope is echoed in almost all of the music. It is sung with characteristically angular and an almost eerily detached pain that puts Louis Rosen’s music, so elegantly performed here by a group of fine musicians, on an elevated plane where musicians of great skill – like Stephen Sondheim – enjoy the reputation they deserve . 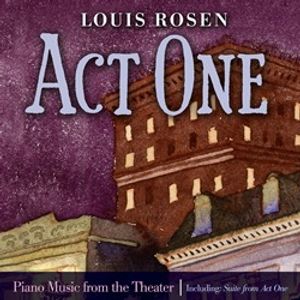 Louis Rosen: Act One: Piano Music from the Theater

This is a dramatically different (no pun intended) recording from Dust to Dust Blues. It is wholly instrumental, and it puts to the test all of Mr. Rosen’s power to create mighty themes, but to also create and describe events with pinpoint accuracy edge-of-the-seat drama, and most of all to bring all of this to life in poignant music. Mr. Rosen’s skill at making this come together in breathtaking, simple and utterly remarkable piano works is what we find on this recording of fourteen segments. The writing, spotlighted by the voice of a singular instrument, is idiomatically beautiful and powerful throughout these fourteen works.

The music is centered on the “Act One Suite”, a work in six parts that explores several themes. Because the work is not prefaced by an overture, the surprises are as frequent as the sections themselves. The “Suite” itself takes us into a world full of glinting lights, mysterious depths, expectations, frustrations, hopes and doubts, like the shattered shadows of a sinister quasi-Mendelssohnian cadenza, glimpsed by moonlight in a forest. And in the sheer colour and variety, in the depth of its characterisation and the exceptional range and refinement of pianism, Kimberly Grigsby imparts all the power and stature that Mr. Rosen intended for the piece.

The rest of the music is by no means incidental, nor are the performances of pianists Ted Sperling, Joseph Thalken, Peter Lurie, Barbara Keller and Melissa Shifflet to me viewed in a lesser light. The music they play is performed with seductive persuasion; an object lesson in the very essence of style. Each piece is played with buoyant, aristocratic grace and with an almost insolent effortlessness. Each brings a debonair virtuosity and swagger to the performance. All in all, a world of piano styles evoked as few could even hope to try, let alone achieve.

Posted on October 3, 2017 by Alix Cohen in Playing Around 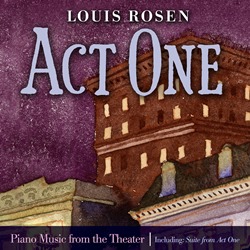 Louis Rosen composer/songwriter/librettist/musician/author/educator started composing for theater right out of music conservatory in 1977. The artist has written more than thirty scores for various Broadway, Off Broadway and regional productions. This recording features piano music – sometimes excerpted from longer suites, created for theater.

Having reviewed Rosen’s music forays into other genres, listened to a great deal of it, and written a profile on the artist (see the story), I admit to being surprised by these pieces. Each and every one is immensely evocative. I found myself rife with impressions, conjuring scenarios. Herein some of them:

Waltzes for Eugene O’Neill’s Long Day’s Journey Into Night (Portland Stage Company) and Eric Overmeyer’s On the Verge (The Huntington Theater, Boston) offer two very different takes. The O’Neill piece is delicate, haunting, half way between dream and waking; handmade lace, crystal reflections from a heavy chandelier, sadness. The one for Verge is filled with intention/anticipation, bobbing and ducking, on the move; a lighter parenthesis – I imagined a child imitating an adult, followed by the original figure engulfed in a stream of humanity.

Earlier waltzes are from Rosen’s first assignment, Romeo and Juliet (The Oak Park, Illinois Festival Theater) and then a composition for the First Young Playwrights Festival in New York City. To me, the first is a broken doll dancing with a sympathetic soldier who fell in love before he saw she was crippled – exhilarating, but tough. The second is lighter-romantic, dappled, yet questioning.

There are more. I recommend listening with eyes closed. My single caveat is that some of these are not long enough. One just gets enmeshed and the image fades. A highly pleasurable CD showcasing diverse influences, talent, and imagination.

Louis Rosen is certainly a multi-talented individual. A singer-guitarist and an author, Rosen is perhaps most significant as a composer and lyricist of songs for the theater and stage. Among those who he learned directly from were Stephen Sondheim and Leonard Bernstein. Among his works is his Dream Suite, a cycle of 14 songs that utilize the poems of Langston Hughes.

Act One is Rosen’s adaptation of some of the songs that he wrote for the theatre, recast as instrumental works performed by one or two pianists. “The Act One Suite,” which includes six pieces from his 2014 Broadway production of Act One, is the strongest from the jazz standpoint. The work, which is set during the years 1925-30, purposely has pianist Kimberly Grigsby playing in a variety of 1920s piano styles. One can certainly hear bits of George Gershwin’s style along with stride piano and blues. Other pieces feature pianists Ted Sperling, Joseph Thalken, Peter Lurie, Barbara Keller, and Melissa Shiflett with the music taken from six productions including Long Day’s Journey Into Night, Romeo and Juliet, and Galileo. The music explores many moods and is often melodic while bridging the gap between classical music, the blues and jazz.

This enjoyable set is available from www.louisrosen.com .

LOUIS ROSEN [voc/gtr/p], who was last noted in the January 2017 Papatamas for a CD celebrating Langston Hughes has issued DUST TO DUST BLUES [Di-tone Records dt-230]. This is not a jazz record or in the strictest sense a blues record. The 14 originals [52:13] here make up, in the broadest definition, a folk record and very fine cynical and sometimes subversive tales of living and observations on a life. Rosen’s vocals have a limited style; it is his lyrics that are expansive and would have greater reach in Tom Waits or Randy Newman. Jazz fans might recognize the names Dave Phillips [b] and David Mansfield [vln] among the many musicians on the record. A full lyric print out is supplied. 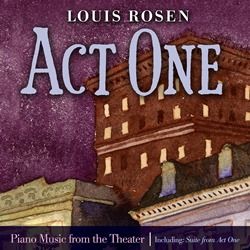 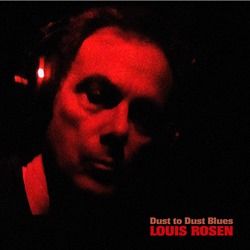 Act One is subtitled “Piano Music From the Theater” and has Rosen composing music for both piano solos and duets, performed by Kimberly Grigsby, Ted Sperling, Joseph Thalken, Barbara Keller, Melissa Shiflett and Peter Lurie. The songs are warm parlor pieces, mixing ragtime, stride and cabaret on pieces like “Typing Variations” and “Suite Stride” while the duets such as “The Talking Dog” and “Into Night” are whimsical charmers. Elegant and stately.

On the other side of the street, Rosen sings, plays acoustic guitar and piano, and delivers material akin to John Prine on his fourteen compositions. He teams with David Mansfield/g-vi-mand, Dave Phillips/b and Sean McDaniel-Gary Seligson/dr along with a string and horn team for a handful of tracks. The tunes themselves are thoughtful reflections and messages, while the gentle guitar strums and picks create a homespun feel on “I’ve Seen This Move” and “Faith In Doubt” His piano is relaxed on “There For You” and the team gets honky Tonkin on “Everything’s For Sale” while he gets intimate on the deep and penetrating “Song For Charlotte.” Vintage singer/songwriter